Installation in space (jumping board, plexiglass) 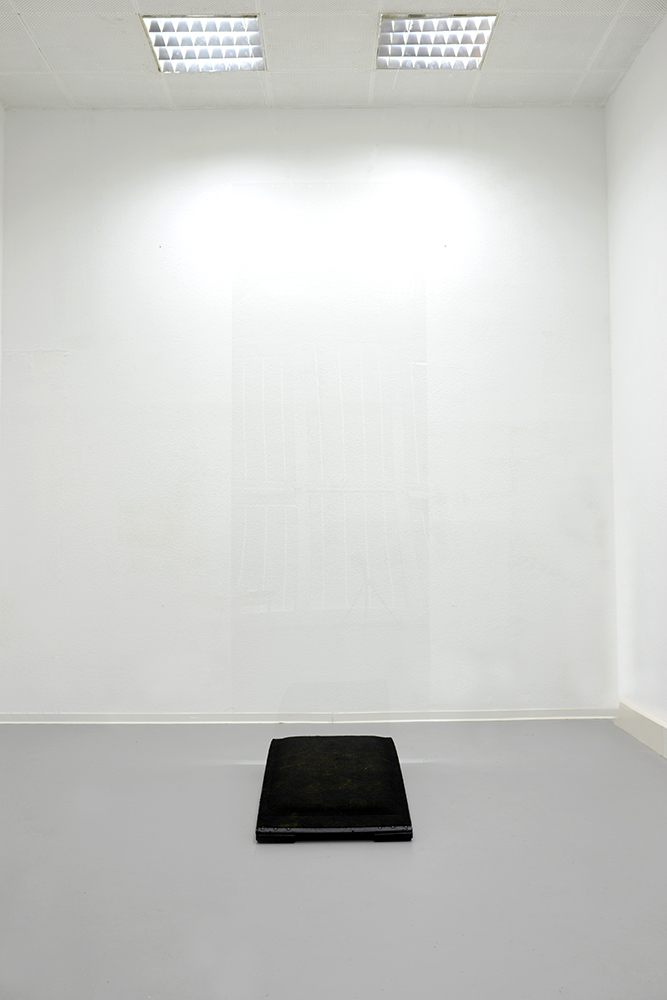 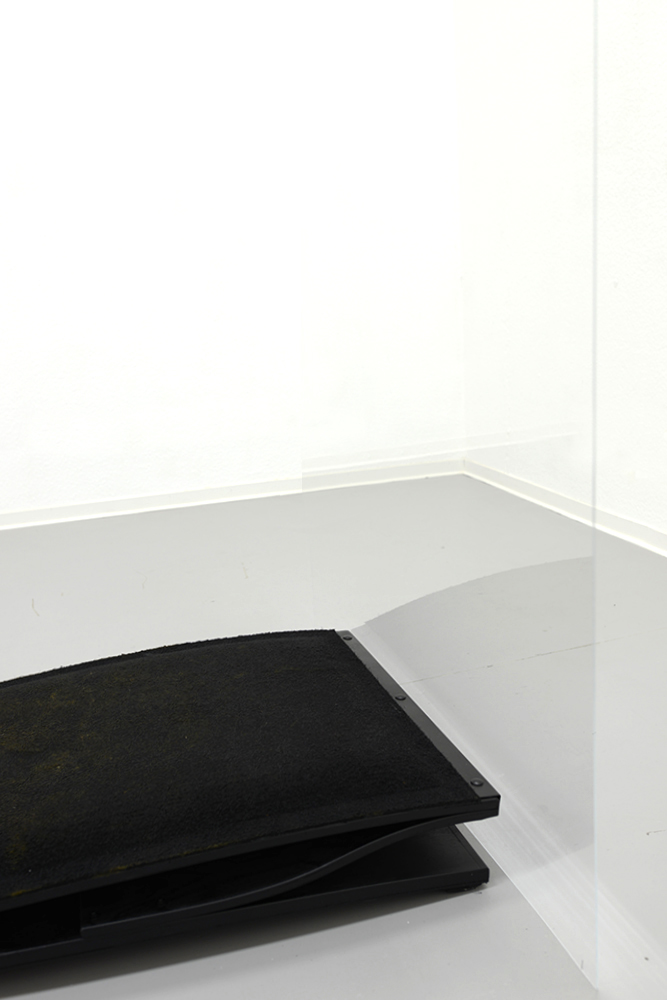 Invisible Division is a spatial installation that reevaluates the ideological framework of the society in which we develop. By trying to establish a constant new mobility between different spatial levels, that is, a change in the dynamics of social relations, we realize that we are a society that is declaratively focused on respecting each other and mutual tolerance; however, it seems to be cross-linked with invisible barriers more than ever before. What is the cause of this paradox?

These invisible separating barriers are much more serious, more critical than those openly and clearly defined. Why are the barriers exactly where they are? How is it possible to remove them, or to establish the (re)interaction between two separated areas? Why are some barriers invisible? Is the cause in us, in the absence of awareness or insufficient awareness of the mental space we dwell in, which would then mean that we are the ones who create them? Or were they created by a system (of any kind) without our consent, some higher power that operates above us, with the intention that we live in the illusion of freedom opening us to a space with platforms for further progress that is ultimately prevented, that is, that space is limited ?